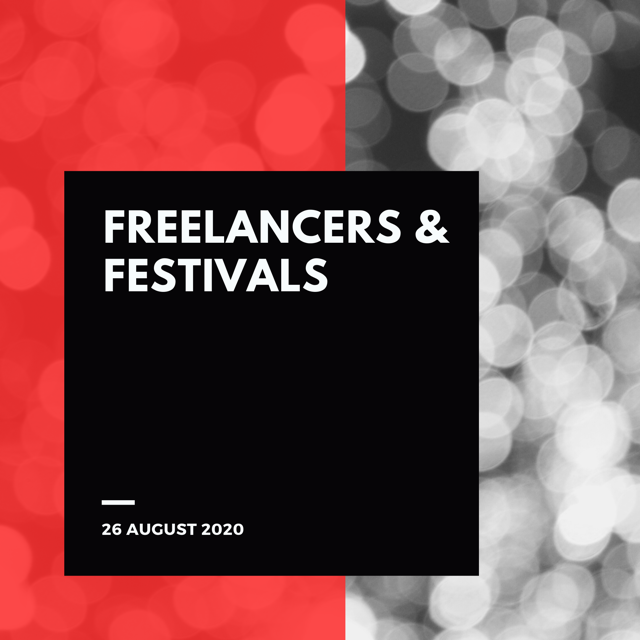 Context – This event came out of a conversation with freelancers who felt isolated and frustrated at not knowing what organisations were thinking or having to consider (and how that would impact them in their careers). One freelancer described the situation as being on a “long haul flight without knowing where you are going or how long you’ll be up in the sky”.

This event was produced in association with Edinburgh Performing Arts Development (EPAD), as part of their work to facilitate connections, encourage exchange and share expertise across Edinburgh’s performing arts community; and Festivals Edinburgh, the umbrella organisation for Edinburgh’s 11 largest festivals. They have partnered with us for this event as part of their work on sector networking and development.

These notes have been anonymised – removing all names – unless the organisation has given permission. We wanted to create a space where everyone could speak honestly about their situation in order to develop our shared understanding of what is happening to our sector.

Questions issued in advance to the venue representatives (submitted by attendees).

NOTES FROM THE MEETING

Q: Because Edinburgh is a festival city, year-round support services such as rehearsal spaces, equipment hire etc is priced at significantly higher rates than in other cities. This creates challenges for freelance theatre artists particularly in the run up to August. Would the respective organisations consider setting up a joint fund to support local artists bringing work to the festival and creating work year- round, to make working in the city a more viable and affordable option?

Q: I know people were saying that there’s an issue with venues and the fact that the city has a number of unused spaces. Do festivals work with Edinburgh Museums and Galleries to use their spaces? They have about a dozen museums, a lot of them have gallery spaces which are fairly large to do open, socially distant performances, they also have all their outdoor venues. At the Museum of Edinburgh there is an outdoor court that is open and free to use. There’s an old church that is rarely used. So there are a number of spaces that aren’t really used throughout the year that I’m wondering if they could be venues for socially distant events in the city.

Q: To EIF – Can you respond to the current petition calling for the EIF increase representation at their festival? The question also refers to the representation of women, disability and LGBTQI+ creatives, not just BIPOC.

Q: Being the host of the party can sometimes feel tough. The Edinburgh Festivals offer a huge range of opportunity for freelance artists, but it’s a feast and famine existence. Alongside opening spaces are there other ways in which freelancers and festivals can think radically together.

Q: Radical thinking of engaging freelancers. How about invite freelance artists to guest programme a space / season / festival slot? As paid opportunities, this might create career sustainability for the guest programmers and better inclusion for other creatives that find themselves locked out of those spaces for whatever reason.

Q: When we are talking about recovery – are we speaking about recovering historical structures, ie, refilling roles that have been made redundant or will organisations be seeking to create roles in response to conversations likes these, as well as the calls for greater diversity and integration of artists into how festivals/organisations function? I’ve noticed organisations, who have the best of intentions, about how they see recovery happening and have stated ambitions. I’ve noticed a hesitance or inability to articulate beyond the words, “local” and “freelancers”, so really, my question is – Who are you talking about, and who is involved in this recovery and who are you looking at? Tying in with the previous speaker, opportunity isn’t always employment and it’s employment that we need.

Q: Are any festivals planning on working together? Or from a freelancer’s perspective, could we submit a Creative Scotland Open Fund application for a performance walk that would be suitable for the International Festival and the Science Festival? I ask because it may be a way of helping split the risk for both festivals and for us. If one doesn’t happen, then the other maybe will.

Q: With the increase in digital content for festivals and outdoor work, the equipment technology can be expensive and require specific skills. Is there anything that the festivals can do to access this technology?

Q: The Covid-19 pandemic has thrown into sharp relief so many issues around equality in the wider world and in the Arts, particularly around Deaf, BSL using audiences’ access to performance. Those of us (Deaf and Hearing) who have helped festivals build capacity for many years have watched as our years of work has been erased during this Festival. What can we do to right that for coming festivals and how do we keep audience access on the agenda? More and more deaf people I’ve spoken to this year have been just so depressed to see the capacity building that we have done over the last 20 years disappear – erased overnight. How do we #BuildBackBetterForAll?

There’s a massive gap between festivals/charities and the artists on the ground, and we fall through that crack. I don’t know who to turn to to ask to solve it. There are some festivals represented here that have a policy that a certain number of performances will be interpreted, accessible or will be by Deaf artists – which is brilliant. But there are other festivals out there who haven’t got to that place – for example the Comedy Festival. Every comedian is responsible for deciding if they want to be interpreted or not. And last year out of the hundreds and hundreds of comedians who worked at the festival last year – 7 had BSL interpreted shows. 7 comedians were accessible to deaf people last year. I know comedy is not that important to many people, but I think it disrupts society. It disrupts our thinking and deaf people have the right to go in and have their thinking disrupted by comedians.

There were 15 of us interpreters gathered last week to have a conversation about digital and none of us know how to do it, and that’s partly because we never got a chance to experiment with the form this year.

QUESTIONS WE DIDN’T QUITE HAVE TIME FOR

REFERENCES from chat & mentioned in conversation during the meeting:

Don’t forget to put capitals in your hashtags #JustLikeThis so screen readers for visually impaired folks can read them.

COMMENTS FROM THE CHAT

We haven’t shared any email addresses that were shared in the Chat function but if any attendees would like to be introduced, please do get in touch with Mhari and Ailie by emailing producing@independentartsprojects.com

Our final meeting for the moment will be our Freelancers & Companies meeting on 10 September at 11.30am.