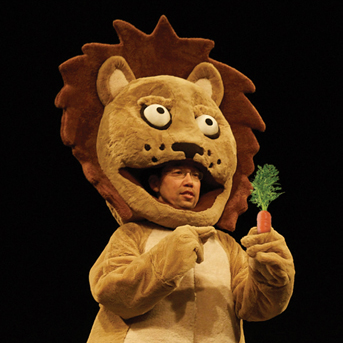 Mamoru Iriguchi is thrilled to have been nominated for the BEST PRODUCTION FOR CHILDREN AND YOUNG PEOPLE  for EATEN at the 16th annual Critics’ Awards for Theatre in Scotland (CATS).

The winners will be announced at Perth Theatre on Sunday 10 June 2018. The full shortlist can be seen on the CATS Awards website.

Eaten will shortly be presented as part of the Take Me Somewhere festival at Platform on Monday 4 June in Glasgow, as part of Rise Festival in Findhorn on Saturday 9 June and at Attenborough Arts Centre in Leicester on Sunday 24 June.